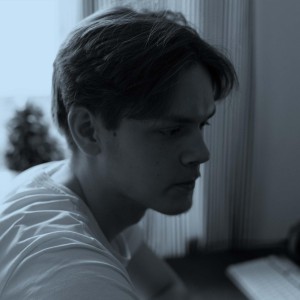 21 years & has been doing graphic design and web design for over 10 years. I manage the base of each project by making an engaging user experience.
All articles

In the early days of printing, there were only a handful of fonts available. Today, we have thousands to choose from, each with its own unique style and personality. Whether you’re designing a fun party invitation or creating an elegant wedding invitation suite, using the right font can make all the difference in your project’s impact.

A serif font is characterized by the little lines at the end of each stroke. Serifs are used for body text and display text, such as titles in newspapers or magazines.

Serif fonts have been around for centuries, and their popularity continues today because they’re easily readable even when printed at small sizes, something sans-serif fonts struggle with more often than not.

They also tend to be more traditional, which makes them ideal choices for professional uses like business cards or resumes.

Sans-serif fonts are clean and modern, which makes them ideal for body text. They are often used in print and on websites due to their simplicity: they are not as readable on screens as serif fonts, but they work well with other sans-serif fonts.

Monospaced fonts are a type of font style used for programming, email, and other technical documents. Monospaced fonts are often referred to as fixed-width fonts because the characters have a consistent width value. This makes it easier to read code and emails on the computer screen by giving everything an even amount of space between letters.

Script is a style of writing that resembles handwriting. It’s used in logos, headlines and similar places where you want to give your site a personal touch.

Script fonts are difficult to read on a screen because their letterforms are so thin and delicate. Script fonts also tend to be hard for people with dyslexia or vision problems, but this can be solved by choosing an easier-to-read script font such as Curlz MT or Martel Sans SC.

Handwritten fonts are often used in children’s books, and they can also be used to add a personal touch to social media posts. These fonts are ideal for invitations or cards that you send out to family and friends. If you’re more of an introvert, handwritten fonts may appeal to you, as they allow people to focus on the message rather than getting distracted by the font. However, handwritten fonts are difficult to read and might make it hard for people who don’t know what they’re looking at (like new employees who don’t know your handwriting yet) or anyone else who doesn’t have great eyesight. Handwritten fonts are less common than most other types because they require special training in order for someone to create them correctly using software such as Adobe Illustrator or Corel Draw; however this doesn’t mean that these programs aren’t available online!

Fonts have been around since the 15th century.

Fonts have been around since the 15th century, when monks created them for religious texts. Today, there are many different styles and types of fonts to choose from.

Now that you know about the different styles of fonts, it’s time to put them into practice. The most important thing is to choose the right font for your project and make sure that it fits well with what you’re trying to say. If something looks too informal or too formal, then this can affect how people perceive your message overall, and ultimately affect whether they take action based on what they read!